The Dynamic Overpacking System, developed by Cannon Afros R&D, allows to solve the common issue of the shrinkage of some plastics during the cooling and the polymerisation phase. Discover it at JEC World 2020.

During polymerization and the cooling phase, all plastics show a certain degree of thermal and chemical shrinkage, that often causes defects in the finished product which cannot always be hidden or removed.

To solve this problem, Cannon Afros R&D has developed the Dynamic Overpacking System, a hydraulic actuated cylinder which allows a double-sequence injection of the chemical into the mould. Thanks to the second injection performed by this device, defects caused by the shrinkage of the material can be avoided. 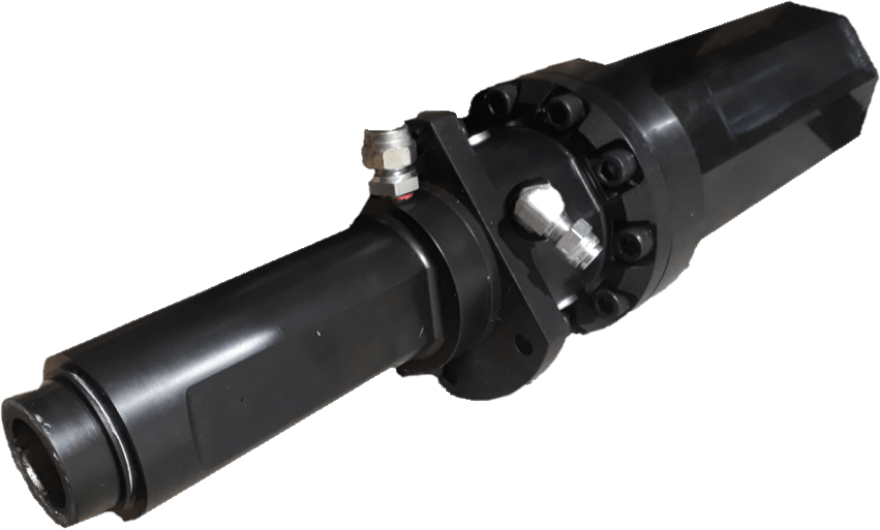 But let’s see more in details how the Dynamic Overpacking System works:

The shrinkage, both thermal and chemical, of plastic during its polymerization and cooling time, depends from the type of material and from the difference of temperature between mould and environment. It usually generates a lack of material on the product’ surface, resulting in all sorts of superficial and aesthetical defects but also distortions and porosities that, in some cases, can be covered with paint, but in some other cases are more difficult to conceal.

This is particularly true for complex aesthetical parts, or composite surfaces, as well as in some cases for structural components, whose mechanical resistance could be compromised.

In order to solve this issue and reduce the possibility of flawed surfaces – thus waste parts – Cannon developed an innovative double-sequence injection thanks to a Dynamic Overpacking System placed near the injection port.

Once most of the desired formulation has been injected into the mould, the hydraulic cylinder moves back creating a buffer volume which starts receiving part of the remaining liquid at the same time as this fills the mould.

After the end of the injection, when the shrinkage of the polymerising resin starts, a sensor is able to detect such pressure variation and the piston of the Dynamic Overpacking System, which performs a constant-pressure injection, is put into action.

The mixed resin contained in it is progressively transferred to the mould, at a pressure that can range between few bars up to more than 200, depending on the technology involved, clamping force available or presence of fragile inserts, filling the gaps created by the shrinkage. At the operator’s convenience, it is possible to leave a minimal quantity of formulation in the self-cleaning accumulation cylinder, creating a small solid sprue that is removed with the moulded part.

In order to avoid the polymerization of the formulation contained in the buffer cylinder during the post-injection, Cannon added to the device a dual-temperature control, ensuring that the reactivity of the refilling quantity of blend is slowed down while it is in the Dynamic Overpacking System.