Since 1962, the Cannon experience in plastic processing technologies

Based in Caronno Pertusella, north of Milan, Italy, Cannon Tipos, the Group’s company dedicated to the manufacture of moulds for plastics processing technologies, cooperates with Cannon Afros and Cannon Ergos for the development of new solutions to improve the efficiency and the economics of their plants.

One perceived problem in the HP-RTM (High Pressure Resin Transfer Moulding) field is the need to hold the injection head on the mould for the entire time of the polymerisation. The head, until now, could not be removed from the injection hole at the end of the shot, because the pressure inside the cavity would drop, spoiling the curing process.

Cannon Tipos has developed one method (engineered with various alternatives) to allow for the use in continuous sequence of one mixing head on multiple HP-RTM moulds.

The system is designed to hold the pressure built-up in a mould after the injection, shutting the cavity with a mechanical device that separates the area containing the moulded part from the injection sprue.

This pressure-tight separation allows to extract the head from the mould immediately after the injection, allowing for its use in rapid sequence on different moulds.

This method simplifies the design of a moulding plant, reducing piping, valves and the number of mixing heads, with evident economic and maintenance advantages. 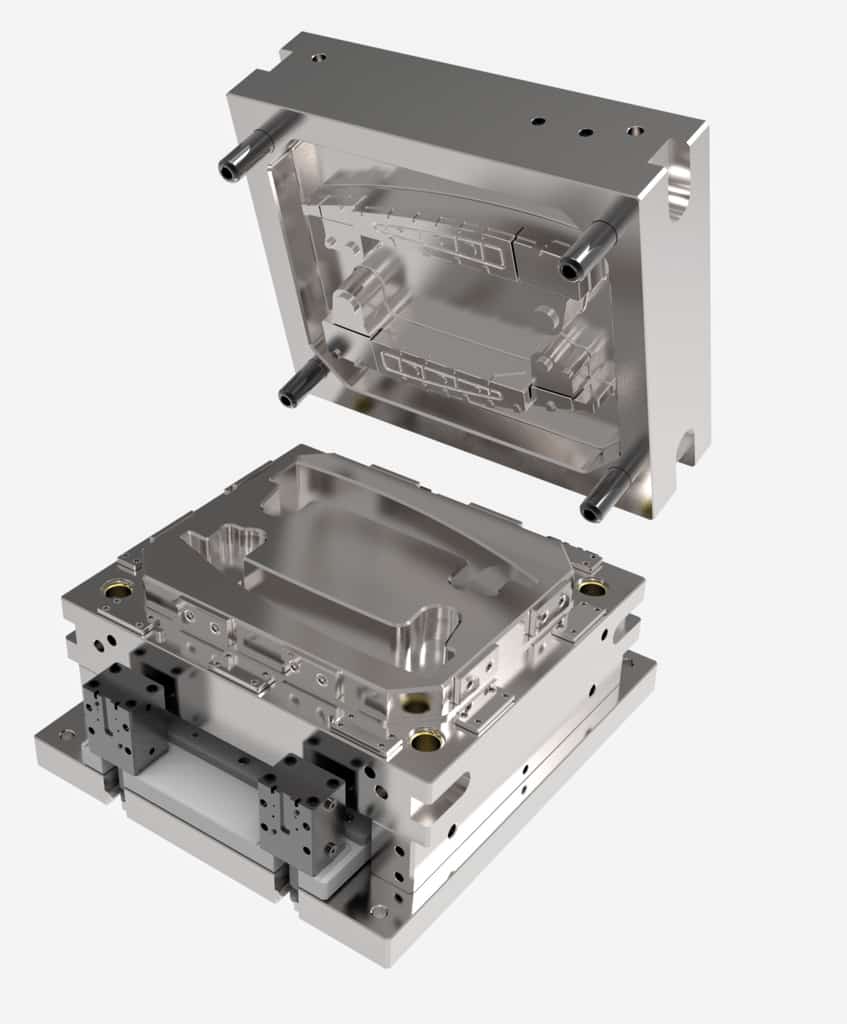 One solution for two technologies

The new system, for which patents have been applied, supports up to 100 bar of pressure gap and operating temperature up to 150 °C, making it suitable for the most demanding HP-RTM technologies.

This solution has helped a major European manufacturer of composites to drastically reduce the investment for a complete production line: not only they can use only one mixing head instead of four but —this is really good news for them! —only one polymerisation press instead of four.

The mould, fitted with the pressure locking device, can be mechanically kept closed and extracted from the injection press as soon as the liquid-to-solid reaction has started: the profile of pressures inside the locked mould remains unchanged if compared with the classic curing method. But the equipment cost’s influence on each moulded part decreases drastically.

For expanded foam applications the system can operate with multi-cavity moulds. In this case a similar locking device allows to fill one mould cavity at the time, for the sequential production of different parts in the same mould with perfect control of density.

The international distribution network of Cannon welcomes enquiries for this new, innovative method for the more efficient and more economic design of HP-RTM and PUR foaming injection plants.