For a silent roar

Cannon Afros has developed dedicated equipment for the production of engine covers with Polyurethane, whether they are totally made in pu or in thermoplastic with an insulation back layer

An engine cover is commonly used in several vehicles in order to absorb heat, noise and vibrations coming from the engine. And because it looks far nicer not seeing exhaust headers, oil seepage, valves, etc…, it has also an aesthetic function.

The insulation properties of the engine cover are obtained through the use of Polyurethane foam: if some Car Makers require covers of vehicle engine entirely made in PU, others opt for an injection-moulded thermoplastic surface, with a Polyurethane layer applied on the back, so to create a sheet of expanded cellular material capable of increasing the sound- and thermal-insulation characteristics of the cover.

This Polyurethane part is generally produced separately, foamed in small self-equipped moulds, to be then manually assembled behind the rigid thermoplastic cover, using starlocks clips.

Recently a new trend is on the way: a fully automated process allowed the production of thermoplastic engine cover back-foamed with PU. Sapa, an Italian industrial group dedicated to injection moulding for the automotive sector which supplies the major Car Makers all over the world, has developed the One-Shot® all-in-one injection method which allows to obtain in one operation components previously manufactured with different technologies and then assembled.

In particular, the One-Shot manufacturing method combines the injection moulding of the thermoplastic shield with a back-foaming with Polyurethane foam. 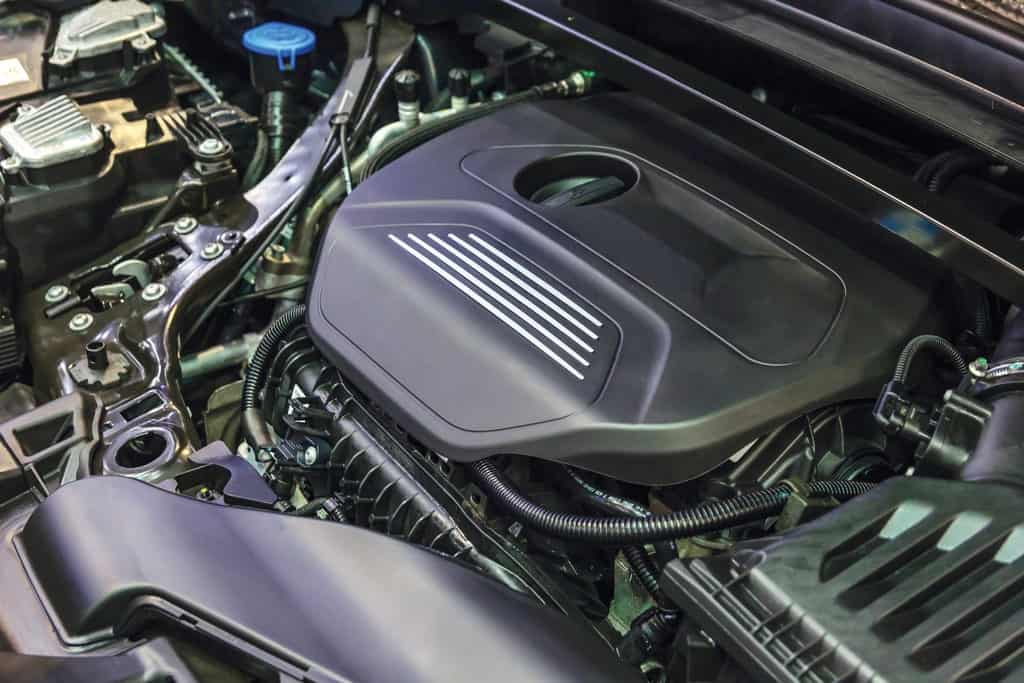 All the process happens in the same press, with a mould able to perform both operations: manual steps are thus eliminated.

For the manufacture of engine covers with a PU layer on the back, both separately produced (and assembled) and back-foamed, Cannon is a technological partner on the forefront, able to supply dosing machines and mixing heads which integrate with injection moulding presses.

But in parallel with increasing insulation performance, OEM require significant fire resistance performance, also according with the evolution of the car industry regulation SAE J369 on the flammability of polymers used on vehicles.

Among the fire retardants, expandable graphite is commonly used, added to the PU formulation.

Being a fragile material – usually in form of a powder or flakes -, graphite has to be handled with care both when mixed with polyol to form the so called “slurry” and when the slurry is injected in the mixing head.

Cannon Afros has developed dedicated high pressure solutions for the use of graphite into Polyurethane formulations. Besides the dosing machine, Cannon provides a free standing module called SoliMix to blend graphite with virgin polyol and a free standing unit called SoliStream to dose and pump the slurry into the mixing head. In this regard, processing graphite requires hardened heads: Cannon FPL AN and Cannon AX, both available in an armored version, are the perfect solution for the production of PU engine covers and other parts containing graphite.